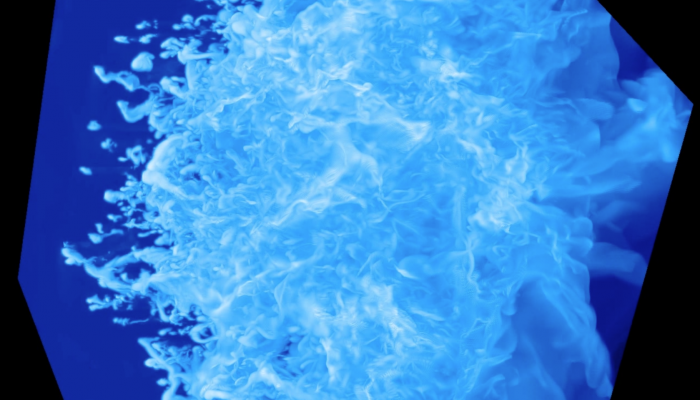 “By using the latest data from the Herschel Space Observatory, an international team coordinated by the Astrophysique- Service Laboratory AIM Paris Saclay (CEA-IRFU – CNRS – Université Paris Diderot) has highlighted the impact of massive stars on formation of other stars in molecular clouds. The researchers were able to show that the most massive stars evaporating the gas clouds by their radiation also caused a compression effect can lead to a new generation of stars. These results are published in the journal Astronomy & Astrophysics in April 2014 (here)”

Simulation of the effect of ionized radiation from massive stars in a dense cloud structure, made with the HERACLES code, developed at CEA . The simulated domain is a cube of 4 parsecs (13 light years) aside and ionization is simulated for a million years . Initially the cloud is considered with significant turbulence (the order of magnitude of the velocity fluctuations is of 4 times the speed of sound , or Mach 4). In this case, the velocity fluctuations are greater than the pressure of the ionized gas and allow turbulent bubbles to detach and form globules.

A series of snapshot is available here.