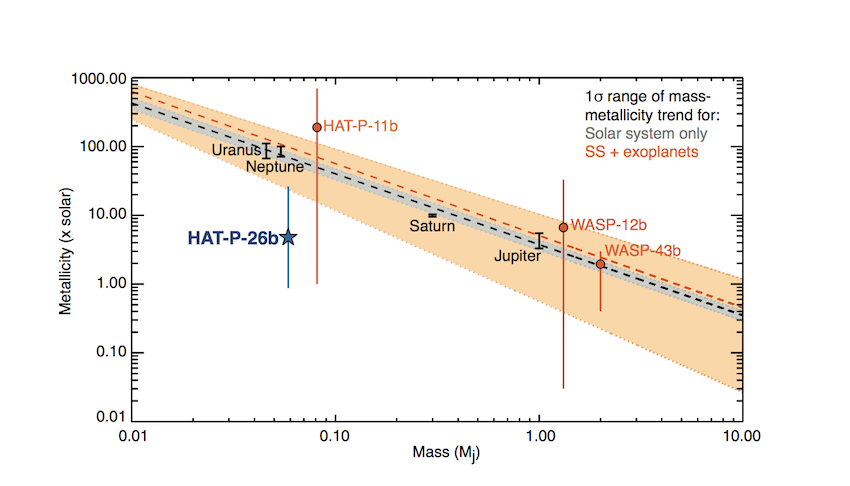 A correlation between giant-planet mass and atmospheric heavy elemental abundance was first noted in the past century from observations of planets in our own Solar System and has served as a cornerstone of planet-formation theory. Using data from the Hubble and Spitzer Space Telescopes from 0.5 to 5 micrometers, we conducted in this Science paper, a detailed atmospheric study of the transiting Neptune-mass exoplanet HAT-P-26b. We detected prominent H2O absorption bands with a maximum base-to-peak amplitude of 525 parts per million in the transmission spectrum. Using the water abundance as a proxy for metallicity, we measured HAT-P-26b’s atmospheric heavy element content (4.8‑4.0+21.5 times solar). This likely indicates that HAT-P-26b’s atmosphere is primordial and obtained its gaseous envelope late in its disk lifetime, with little contamination from metal-rich planetesimals.